I don’t often use caps in my post title. I go out of my way to use lower case. Even words that are always capitalized like ‘I’ and ‘Utah’ have small letters up there.

But Bruce’s cereal is so dang awesome I just have to honor it with all caps!

I just called them [Kitchen Kneads] again to ask what the ingredients are:

Barley
Oats
Rye
Millet
Buckwheat
Brown rice
I thought Spelt, but she said not any more

I’m telling you, this is the most versatile food! Tonight I am using it in my tuna roll up. I cut up green pepper and onion, added a can of drained tuna, put in two big scoops of Bruce’s cold cereal, about a tablespoon of relish and two tablespoons of light Miracle Whip. Mixed it all together and spread it on a spinach wrap [actually two of them] added a huge leaf of Romain, Natures Seasoning, and voila!

I’ve also used Bruce’s in chili, tacos, and meat loaf. I just cook it, add the same seasoning I would if it had been ground beef or ground turkey. It’s the same but better. And better for you! Same chewy ground meat texture.

I also use it for hot cereal with walnuts, frozen fruit, cinnamon and milk, or as cold cereal straight out of the fridge.

I’ve used it in salads, in sauces, and soups.

I can’t think of one person who doesn’t love Bruces! 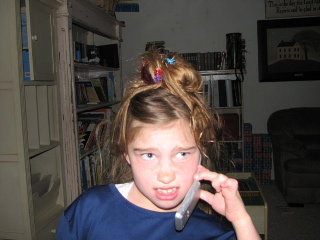