I have a relatively new son-in-law. His name is Logan and he lives in Logan, so that’s a bit of a conundrum sometimes as I type. I feel as though I’m always repeating myself mid-sentence, which I tend to do, anyway, so there you go. Maybe I have a good reason now.

This guy is six-foot-something tall, and two feet wide at the shoulders. He doesn’t look like he wears 38X34 jeans, but he sure does. He actually fits into the 36×34, but I made him take those back.] He’s NOT fat! So I can write that in Weighing Matters. He’s just big, strong, healthy, a total sports jock, and fast. Faster than a speeding bullet, which by-the-way, puts him square in the middle of Superman territory. [He’s also stronger than a locomotive!]

I first met Logan [from Logan] the summer-fall that daughter, Mikelle, moved to Utah in 2008. Oh, he was cute enough and fun enough. He was polite and home from a mission in Atlanta. [making points with the mama.] He was just a little too-umm, goofy at times, though, and a little weird, to say the least. I figured he would move on, eventually. But a couple of things so warmed my heart. He took pictures [really goofy pictures] with Mikelle — some of them on the Logan Temple grounds. They dated, she called and rehearsed to me. Tons and tons more pictures. Some of them on the computer with their faces all wavy and distorted. Some with their eyes crossed, some with their tongues out. Umm. Goofy. It kind of bothered me. But take a look at these gorgeous eyes! 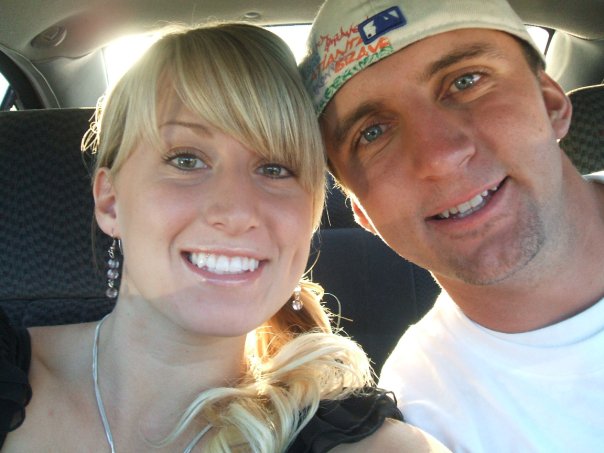 Mikelle told me she was reading the Book of Mormon. Logan bought her a picture of the Savior to put in her apartment. Logan prayed with her. He was pretty dang stable. He encouraged her and gently [superman-like] prodded her towards truth and light.

He drove Mikelle to Ogden Regional Hospital and stayed all night in the lounge area while we cried and mourned our dying mother and grandmother. He heard us sobbing and watched us break in two while we dealt with the reality of losing our rock and foundation. He supported us during those crushing moments. He didn’t look away and act embarrassed. He looked us straight in the eye, and hurt for our hurt.

Logan loves, adores, and respects his own mother. And everyone with a trickle of common sense realizes that is an important marker for how he will treat his wife.

Yah, we all fell in love with him. Camille, Tracy, and I. [We all told her to look for qualities that Richard and Eric already possessed. We could see potential in this guy when she really didn’t even know what potential was!]

Then Fisher and Annesley fell in love with him. That was IT for me. He played with and tortured them until they laughed hysterically. Annesley may be two-years-old, but she knows what she wants in a guy! He wanted to learn to play Rook, our favorite card game. He survived the teaching process. He didn’t let all the jabs from Scott and Steev soak in. [the kind of ‘let’s-see-what-he’s-made-of tests that go on when somebody’s new in the family.] He survived Mikelle’s near-disastrous side relationship with another guy, and when that didn’t work out, was willing to forgive her for that calamitous event. He went camping with us and cooked dutch over for all twenty-five of us. He is learning to fish with Steev and hubby. He’s learning to dress to fish with Steev and hubby. He’s willing to wear a button-up shirt and a cowboy hat to fit in.

But what I love most about this guy is that he protects my daughter. He protects her. She was pretty much on a train wreck collision course when he came along. He is grounded in the gospel. He wears white shirts and a tie. He knows the Book of Mormon. He prays. He PRAYS! He pays his tithing. He has a testimony of that. And I can see her little testimony growing.

And he rubs her belly. Oh my gosh. Melt my hard old heart!

Yesterday at our local [Bridger Valley Days Celebration] softball tournament he was a little frustrated — ok, a lot frustrated — with the calibre of teammates he had. Some of them were women and kids, who really were just having fun. He was not having fun because he was there to win. [Oh, did I mention he plays semi-pro football, soccer, basketball, etc, etc, etc.  Always there to WIN!] He actually swore, [the H word] he was so frustrated. Anyway. One ball came flying out toward center field, but it was going fast. He was running away from the ball, deep center, with his back towards it, looking backwards into the sun and caught it.

Oh my goodness you should have heard the chatter over in the stands where we were sitting. Great catch! Did you see that catch! Wow, where did that guy come from? Who is that guy, anyway? Um, yah. He’s ours! Hello!

OK, maybe I’m getting my sports and my all-important-life-skills mixed up, but I’m seeing that if he can do that, if he can catch an impossible-way-over-everybody’s-head fly ball, he can do other things. Because here’s what it proves. He has ambition. He is strong. He is fast. He is determined. He is focused. He is a fighter. He is going to win. Translation? He’s going to be ambitious, strong, fast, determined and focused on his new little family. He’s going to fight for them, against evil. He’s going to win. 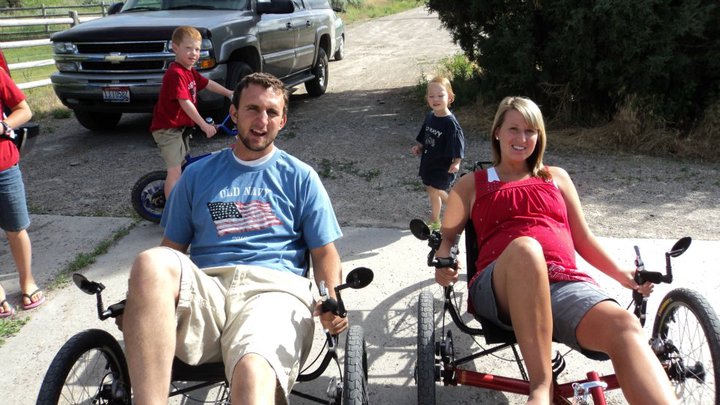 He opens the door for Mikelle.

He carries things for her. [She called and told me “Oh my heck, Logan just carried a hundred really heavy things down the three flights of stairs out to the truck in just a few minutes! — during their recent move last weekend]

He is surviving well a hormonal, teary, hot, pregnant wife. [That is a huge test! I’ve got to have a man who understands this is a temporary, expected, and amazing season of their lives. Not just time to be endured, but a really wonderful event they share, t.o.g.e.t.h.e.r! She’s not pregnant. They’re pregnant!  And that her amazing body is carrying a child from God and growing him to perfection. And that takes a lot of work and a lot of time and a lot of pain. And it will all be worth it when they are birthing and nursing and snuggling and adoring. 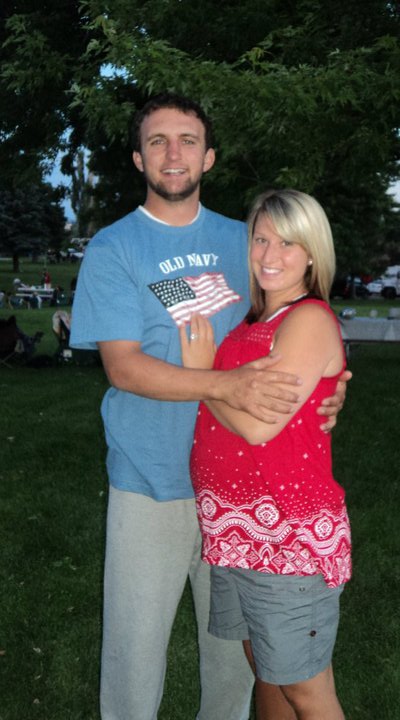 I’m not sure about the able-to-leap-tall-buildings-in-a-single-bound part of the equation. I did see him leap over the entire picnic blanket yesterday, though, while playing ‘tag’ with Fisher and Annes.