Mikelle went for an appointment today.

Last week I wanted her to call me during the exam so I could hear the heartbeat. She forgot! Seriously. I wanted to hear for myself that his heart was strong and good and whole.  So this week, today — she called as soon as she got there and said “I’ll call you in five minutes, so be ready.” A few minutes later the most wonderful shwooshing little drum beat came over the phone loud and clear.

Oh my goodness. Gibbs is doing so well. He separates her ribs hourly. He stretches his full length until she has a huge tube-like poof around her middle. He hiccups regularly and gives her the elbow as often as he can.

Doctor says he’s moving up. He’s higher this week than last and she’s no more dilated or thinned than last week. So Mikelle is deciding maybe he won’t be here by the end of September after all. 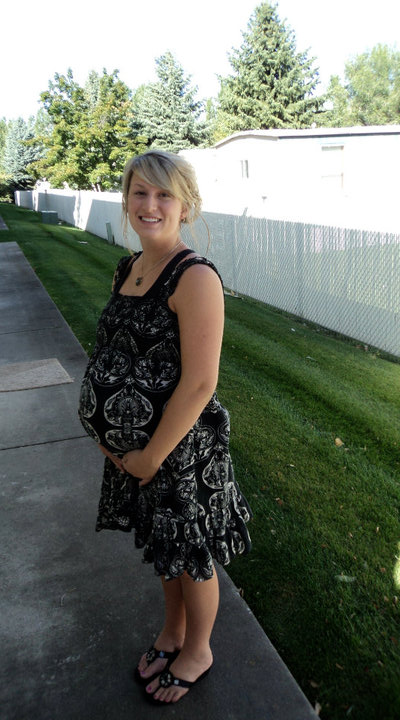 Tracy was three and a half weeks late.

Cameron was a week late.

Stephen was 9 months to the day.

As if I have anything to do with it at all!

Mary Isom had her little girl today and Eileen’s son, Joe, and daughter-in-law, Tori, had a little girl this morning. Babies, babies everywhere!