The men are off hunting. They left yesterday afternoon. Hubby took the day off to pack and clean the camper and shop for steaks and chicken and things we never buy except for when hunting season is here. Stephen worked half a day and Scott met up with them after school yesterday. I don’t know who else went but our yard has several other cars and trucks I don’t recognize. They took the four horses, the wall tent, the camp stove and enough food to feed an army. They have their camo clothes, bows, rifles, weather-proof boots, vests, coats, cots, bags, knifes. And orange. 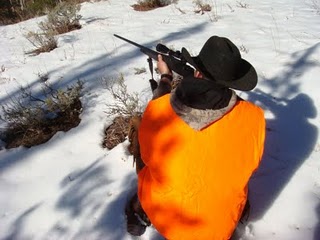 As they were heading out the door, I said, “Please don’t be so picky this year. Just get a nice-sized elk. Tracy needs meat and we’d like some fresh meat in the freezer too. I saw their eyebrows raise in unison as they looked at each other like, “Nutso . . .”

The thing is, they like trophy stuff. They pass right through a herd of cows and search for the bull over in the bushes. And two-thousand other hunters are looking for the same bull. In fact, if you remember, last year Stephen shot a very nice bull and when they reached it a few minutes later, three drunk hunters from Idaho had tagged it and were pointing guns at our guys. 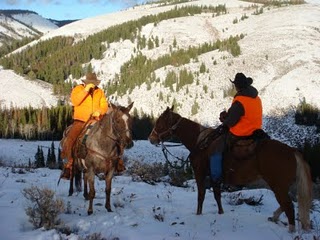 I mean, seriously, meat is meat! And we don’t have any more room on the walls for antlers.