I had such a fun experience the other day. A tender mercy — although I think that phrase has been so overused since Elder Bednar first used it in April, 2005. I’m not sure this was mercy, but it was a very tender moment for me.

I was on my way to pick up Stephen’s elk. My friend Becky called and said, “You have some company here.” I said What? Who? She said, “The Armstrongs.” Me: From Ohio?

Lee and Bob were my dear friends in Defiance, Ohio. Actually, they lived in Paulding a few miles away. I can’t begin to tell you how much their friendship means to me. They were so supportive and wonderful and helped me get through those long years away from my family when I felt isolated and deserted much of the time. But my church family made up the difference. We were spread from one county to the next, it seemed, but many gatherings and activities held us all together. Lee, single-handedly, got me through a particular crises and encouraged me to do better.

They were at the wedding of their grandson in the SLC Temple on the previous week and [apparently] left a message on our answering machine last Friday saying they would like to stop on their way back East. I didn’t get the message. I think hubby listened to both messages but forgot to say anything about it. [We’ve since had a chat.] They couldn’t get a hold of me but stopped at the post office and asked around. Finally ended up at the high school and found Becky. 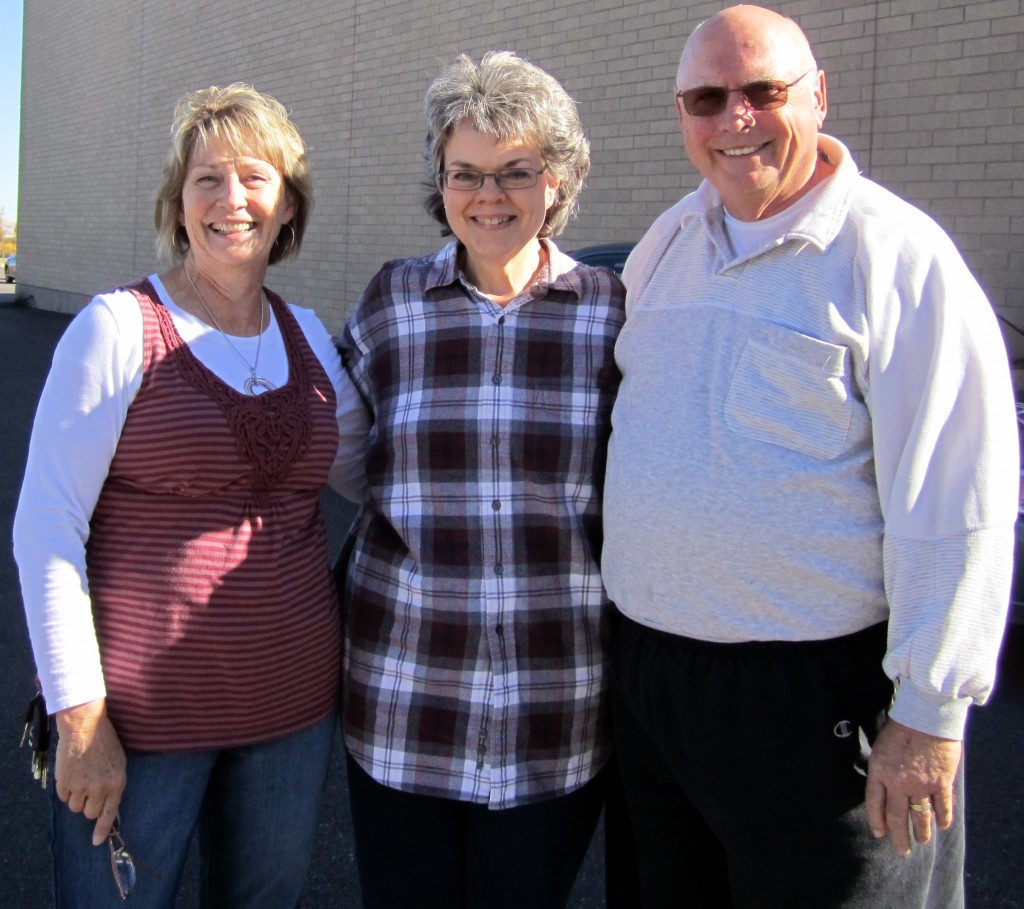 I couldn’t be more thrilled. I just kept laughing and saying, “Oh my gosh this is so FUN!” I’m embarrassed how many times I said that! We caught up on each other’s family. Not everything! But as much as an hour or so could hold. I would have loved to get a sub bus driver so that I could have spent more time with them, but when I’m already the sub, there was no one else available.

I’m so happy to have reconnected with them and hope to have many more updates on our old branch, friends, and family.

It seems silly, but I have tried to live so that I could see them in heaven. I know they’ll both be there. There were lots of dark times since I moved back West that I thought, I need to get my stuff together so that I can be somewhere near the Armstrongs in the Eternities.