u-ti-ful weekend, oh what two beautiful daaaays, *sung at the top of my lungs.* I’ve got a bee–u–ti–ful feeling, everything’s going my waaaay!

Been humming that for two whole days. I have just experienced an epic weekend <=== the reason for all the singing! Thursday night I was feeling a teensy bit down, so . .  kind-of-dismal and depressed. Bored, actually. I thought, my gosh, I’m going to go crazy if I don’t have some kind of outlet. The South-West Music Festival really did me in. [Nine schools with — they said — an extra 600-700 students at our school on Thursday and Friday!]

I was lying there in bed Thursday night, listening to Mormon Channel and thought, I could go to the temple and do one of Tracy’s people. I could actually go both Friday and Saturday and do two of her people. Oh, Stop. Wait! I could go pick up the pink cards from Mikelle and do ten of her people. I could do all of their initiatory and two sessions. WAIT. I could do all the initiatory and three sessions.

I fairly floated the next 48 hours, and am, in fact, still as high as a kite! What a glorious experience! I only worked 5 hours Friday morning, ran home and packed an over-nighter, not having a clue where I was going to sleep at that point, but just in case I found a place. I listened to FM-100 on the way down to Utah and marveled all the while at the beauty of God’s world. It was so green and there were so many signs of new life. I drove to the Bountiful Temple in time to do the ten initiatory and when it was only 5 p.m. decided to go to the 5:30 session as well. Oh, what a beautiful temple. My goodness it was simply breathtaking and soul drenching.

I had called my sister, Diane, on the way to Utah and left a message on her machine asking if I could sleep in her extra bedroom. By the time I got out of the temple Friday evening, she had left a message that, of course! . . . she’d be delighted to share her abode with me. I arrived a little before dark and we visited for an hour before I totally crashed. Next morning I began to form a plan for the day. I needed to pick something up in Ogden, something in SL and wanted to make the most of the day. So I dressed, had a quick bowl of shredded wheat, drove to the Ivy Cottage on 12th Street for one pick up, and headed for I-15. Forty five minutes later I was pulling into the Wood Connection. And by noon I was sitting in the Jordan River Temple chapel waiting for a session. Again. Absolutely breathtaking! The grounds, the portraits, the carpets, the beautiful people dressed in white. The architecture. The vaulted ceilings, the seats, the chandeliers. The white scriptures. The wood work! The words. The meaning of the words. The warm smiles. The nearest two parking places clearly marked ‘General Authorities.’ LOVED that!

After dressing and once again marveling at the grounds, the flowers, the brides, the beauty, the mountains, the peace, I decided where I wanted to go next. I hadn’t been to the Salt Lake Temple for oh, so long. I wanted to experience that sacred building. I wanted to stand where millions of faithful had stood. I wanted to remember why it is the ‘true temple’. [You know I’m kidding, yes!] I wanted to experience an entire cleansing of my soul, my spirit, my mind and heart. And when I got closer to Temple Square, memories flooded back with their rich warmth and comfort. I was at the ‘right place’. I parked in the new History Building parking lot — exactly where I had parked two weeks previous for General Conference. I enjoyed all of the grounds, noticing all of the splendor and exactness of the flower beds. I overheard a few missionaries telling their story of this historic place. I saw brides and grooms with umbrellas, little girls in prom-like dresses and very curled hair. I saw Angle Moroni trumping to the east. I saw glory all around me. I stopped at the east doors where Tracy had her wedding pictures. I looked at the stars, the moons and the suns and just kept gasping and saying, oh my gosh, oh my gosh. It was just overwhelming. I started crying right away as I looked around at all of the intricate and detailed architecture of the room. I had so much respect, admiration, and love wash over me as I thought of those pioneers sacrificing and building this sacred edifice for forty years.

Of course I counted. There were 206 seats and 200 of them were filled. It was easily the biggest session I had ever been in. And what a myriad of ethnicity! There were people of all color and race. Two of the brethren who were doing the ‘parts’ spoke with very strong accents. One was African American with a [it sounded like heavy South American?] hard r’s accent. Another was — I really don’t know — European? It was wonderful! There were Tongans, Samoans, every shade of skin and hair. And I believe there were six or eight people taking out their own endowments. So, so filling. I just drank it all up and filled up my cup to the point of spilling right over. Tears flowed down my cheeks for most of the session. I loved moving from room to room and seeing the splendor of the murals. I noticed every single detail I could take in. Spectacular! Extraordinary! There really aren’t enough adjectives.

The veil left me breathless. Twelve stations. I had noticed many, many twelve-themes all over the temple. Believe me, when you’re a counter, you notice and search for patterns and themes. Lest you think I wasn’t paying attention to the session, let me assure you I was, but also noted the remarkable surroundings, as well.

The Celestial Room was the culmination of all my hopes and dreams. Of course, with over 200 saints in there it was standing room only, but I felt the grandeur of the moment, both spiritually and temporally. I prayed and asked for direction and wisdom, and peace, and acceptance, and love, and health and joy. All granted at that very moment. And then I was able to climb the very narrow stairs to the several sealing rooms above the Celestial room and thought of how many millions of people had done sacred work right there. It was, again, over-whelming.

Oh, my goodness. My cup runneth over. It spilleth over.

I can no longer waste a weekend. I feel such an urgency to be in the temple more often. Much more often. I have wasted so much time and done so little. I am so grateful for all of this work that Tracy has been doing to prepare hundreds and hundreds of her ancestors for temple work. 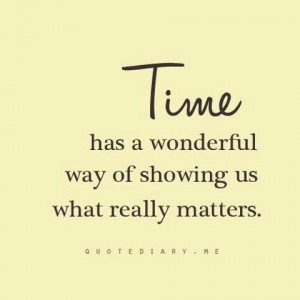 And I’m so grateful for the opportunity to share in that with her and her friends, ward and stake. Oh, my goodness. I know I will never be the same, cannot be the same. I was transformed the last two days and must shout it out. Hallelujah!