Tuesday I was at the gym after work and Mikelle called to ask if I wanted to go to Jungle Book at the theater in Evanston with her family. She said it should be great fun!!! I thought about it but decided not to go since I had already set up a visiting teaching appointment and I was super sweaty to boot. She kept saying there were three time options, 4:55, 5:55 and 6:30 or something like that. I still said I’d have to pass this time.

But, I ran home after the gym, freshened up, went visiting teaching and was done at 4:30 so decided to make a bee-line for Evanston. What the heck, I’d be late, but it might be fun. 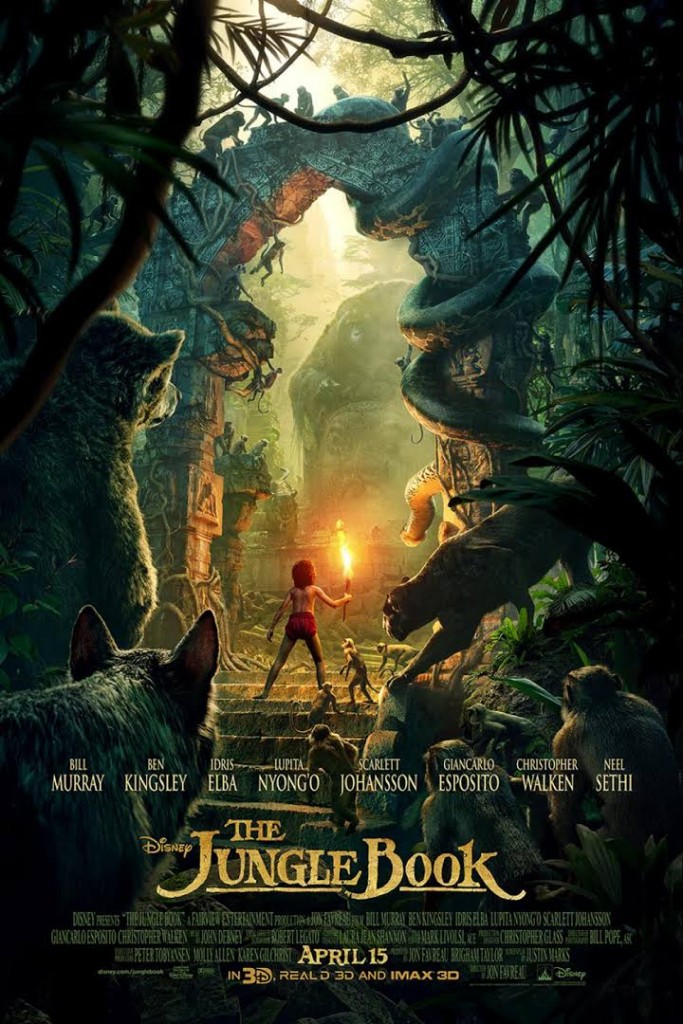 I got there at 5:10 and saw Mikelle’s car in the parking lot, so I went in and tried to buy a ticket. They have this bizarre thing now where you go in and reserve your seats. They mark it off on a screen so other patrons can view it. They had me go into the darkened theater and find Mikelle’s family so that I could purchase a seat next to them. I spotted them over on the right about mid-way and then paid for the ticket. A few minutes later I was sitting in a seat right behind them waiting a little bit for my eyes to adjust to the dark.

I reached over to Mikelle and rubbed her cheek and hairline with my hand. She rubbed her face and then looked at Logan. I did it again and she turned to him to tell him to stop it. [Hey this was fun!!] The third time she turned around and our eyes met and I immediately realized that was not Mikelle. Oh MY HECK!!!!!!! I had been petting a total stranger’s face! I said, Oh my gosh, I’m so sorry, I thought you were my daughter! She has two kids like you do and her husband wears a hat like your husband and I’m just so so sorry!

OH MY DOUBLE HECK! I was sooooooo embarrassed!

I literally ran over to the other side of the theater! And sat down in an aisle seat. Oh my gosh! Heart attack mode. Sweating again, just like at the gym!!

I looked around the theater and tried to spot Mikelle. And every few minutes I moved down a row or two so that I could look back into the lighted faces of the movie-goers. Each time I sat down, the seat moved into full-recliner position and I could not for the life of me figure out how to put it in sit-up position. So I’d have to crawl out of the recliner like I was crawling out of a bed. So ridiculous! No Mikelle. No Logan. Sheesh. I was finally up at the front of the theater and decided I might as well just watch the movie.

When the credits were rolling I went up to the top of the room to catch the Hulls. No Hulls. What the heck! So I finally went out to my car to get my phone so that I could text or call them to find out where they were. When I picked up the phone, I saw her last text [when I was still in Lyman] that they were going to the 5:55 movie, not the 4:55, so I had been in the wrong screening room the whole time.

I did finally find them [I spotted the car seat in the aisle right away] in the other theater and had to share a seat with Easton. At one time, Mikelle, Easton, Oaklyn, Lincoln and I were sharing 2 seats. Quite fittingly, we looked like a pile of monkeys. Logan was asleep in the row in front of us and totally oblivious to any and all things.

Uggggh, I still remember the horror when that woman looked at me like GET AWAY FROM ME, YOU WEIRDO! Kind of gives me a tummy ache.

But hey, I got to watch the last half of Jungle Book, not once, but twice! I have no idea what the first half is about. Something about a kid raised by wolves, I take it.