Well, maybe not actually woke up that way, but within a very short time I was grumpy. Grumpy Cat. Me OOOOWWWE!

It kind of boggles the mind when someone posts that they woke up late, they’re going to be late for work, yet, um, they’re on facebook. OK, well . . Also along that same vein, those who are always broke, but won’t stop buying things they don’t need. [Things they’ll be selling in a few months for much less than what they spent on it — with ‘the tags still on!’] Wait, one more. People who want to be healthy but buy tons of junk food ‘for the kids’ and people who [me] want to be nice, but find things to complain about in other people. Sorry about that. Dang it, my human gene is grumpy.

Then some other financial things came up and I became even more grumpy. Anyway, I few hours later when things were all worked out I read this well-timed, well-placed post from LDS Smile, and it made me stop and think of the coincidence. The happenstance. 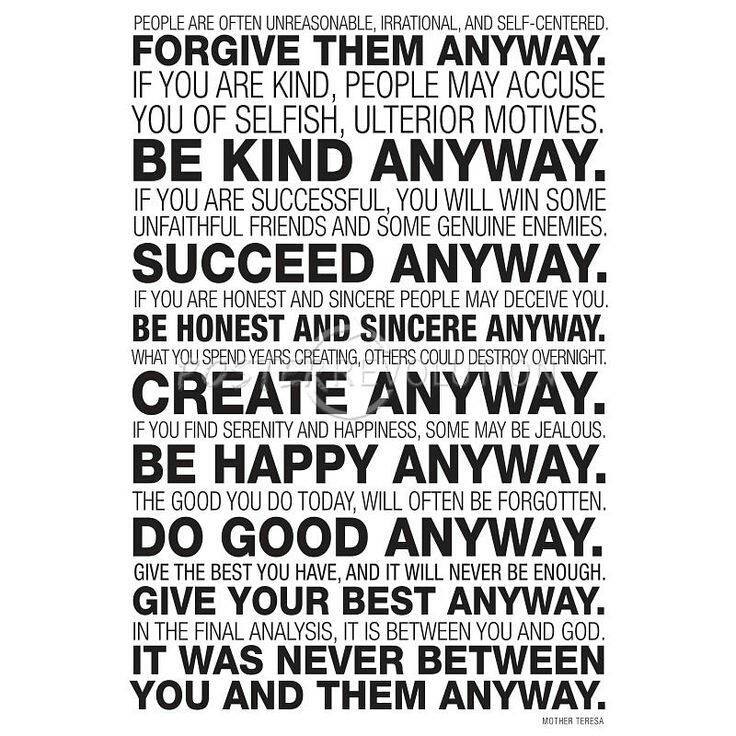 It totally caught my attention.

It’s the last two lines that caught me. It was never between me and any of them. I need to remember that. I’m not in charge of anyone else.

There are plenty of reasons to give up doing good in this world. There is nothing that Satan would rather have us believe than the worthlessness of our deeds, actions and of our existence. But I’m here to say, along with many of the great poets, writers and leaders of our time that who you are and what you do for others and yourself does matter.

You matter. It’s a human fallacy to believe that our tiny actions in the big scheme don’t matter. It’s precisely because of all of our actions, collectively placed together that any significant change in the world has ever occurred. I know that I can’t do everything for everyone. But it is because of that fact that when I can do something for someone, that I take that opportunity to do a good deed, regardless of the outcomes that may transpire. As Richard Fuller once stated:

And what I need to memorize is this:

People aren’t perfect: GET OVER IT ANYWAY!!